All of our themes have received a major update. It is important to update to the newest version before WordPress 4.4 is released in order to avoid the possibility of seeing an error. This is not only a compatibility update, though. There have been improvements made to sermon media downloading, a new email field for locations, translation improvements, performance optimizations and more. Read on to find out what’s new.

Update: We announced this update earlier as 1.5. This was a typo. The latest release is version 1.4.

Version 1.4 of our Church Theme Content plugin has been released. This update adds an Email field for locations. Our themes will be updated shortly to take advantage of this new field.

As you may know, our themes are translation-ready. This means they can be translated into languages other than English. We’ve had several generous users share their translations for the benefit of other churches who speak their language. There are many, many languages spoken in this world so we can’t include too many translations with our themes. That’s why we’ve introduced the Translation Incentive Program to encourage more contributions.

We’re happy to announce that the Exodus theme now includes French and Portuguese translations. The theme has been updated to version 1.4.3. You can follow these steps to use one of the new translations.

We’ve released an update to the Church Theme Content plugin that includes two new translations. These contributions bring the total number of languages to eight. We are very thrilled about (and thankful) for this. Version 1.3 of the plugin includes:

A Dutch translation is now included with the Resurrect church WordPress theme. This translation was contributed by Het Kruispunt, a church in Alphen aan den Rijn, The Netherlands.  We are very grateful to them for sharing their translation.

Note: Additional updates were made on October 9 to address a bug some users were experiencing with the Customizer. Read changelogs for details.

Both our Exodus and Resurrect WordPress themes have been updated.

Resurrect now has a German translation thanks to Dirk Hoffmann and Urban Life Church. Both themes received minor improvements and fixes. Refer to the changelog for your theme for full details. 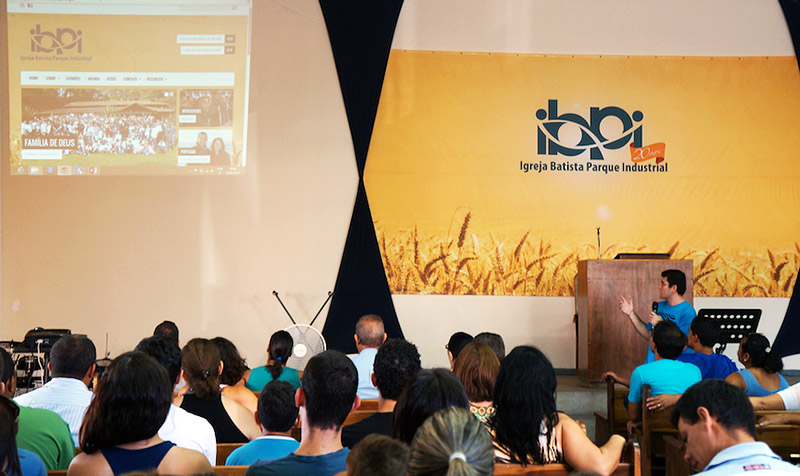 In our first Showcase post, we take a look at how a church in Brazil is using our Resurrect WordPress theme for their new church website.

Daniel Gardner built Igreja Batista no Parque Industrial‘s website and was kind enough to let us interview him. He is part of Ministre, an organization with the goal of helping churches in Brazil build websites and distribute sermons. They contributed the Portuguese translation included with Resurrect and the Church Theme Content plugin that other churches are now benefiting from.